What do you need to get started?

To get under way with research, I always ask prospective clients to send me as much information as they possibly can in advance about the person from whom they wish to start the research from, no matter how insignificant the detail may seem to them. Often I can deduce clues from unlikely sources that can assist with the research, and it also saves on duplication of effort (i.e. finding information you may already have).

At the very least, for research after 1855 a confirmed event, such as a birth, marriage or death, is usually enough to make progress from. There have been occasions in the past, however, when I have been told that a grandparent was born in such and such a year at a certain location, only for him or her not to be located where it was thought – hence why it is important to tell me as much up front about them as possible!

How does Scottish research differ from the rest of the British Isles?

In many ways research in Scotland is completely different from that in England, Wales and Ireland, north and south. Although people were born, married, died, and led lives in similar ways in the United Kingdom (and as a separate country prior to 1707), most records generated in Scotland adhere to institutions and practices established under Scots Law, and not English Law. This not only means separate Scottish based institutions such as our own General Record Office and national archive (now combined as the National Records of Scotland), but separate methods and laws by which the records were collated. For example, the laws on inheritance, marriage and land registration have been completely different to the same systems employed elsewhere in the British Isles. There may be a very good reason why you can’t find a marriage on ScotlandsPeople, for example, or why an eldest son is missing from a will on the site, which cannot be understood if simply adopting practices from other territories where you have previously carried out research.

What can you do that I can’t do online?

The major genealogical website providers such as FamilySearch, Ancestry, FindmyPast etc digitise records that they can gain access to from a variety of resources. They tend to digitise record sets that are more likely to be used than others, for example censuses of the whole population, as this is more cost effective for them in terms of the amount it costs to digitise the material and the likely economic return they will derive as a consequence. However, the amount of material available online is in fact a mere drop in the ocean compared to what actually exists in archives, the majority of the content of which in most cases will never be digitised. These can include everything from estate rentals and land records to trial documents and personal papers.

The other thing that you are paying for when you hire a professional genealogist is their understanding and expertise of the records and the environment within which you wish to discover your ancestors, and where to look next once they have been interpreted. 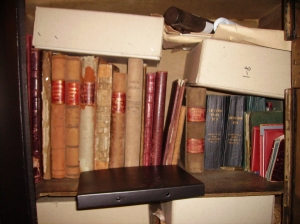 Do you do research packages?

In short, no. I work on an hourly rate, and usually invoice on a daily basis, to allow clients the flexibility to review and direct the research as it progresses. (As a help on that, a visit to a repository such as the ScotlandsPeople Centre or the Glasgow Genealogy Centre would usually involve about seven hours of research maximum in a single visit, plus write up time.)

However, for larger projects I can negotiate a longer research schedule, but will not carry out research at a ‘buy-out’ rate, for the simple reason that it is usually not possible to predict where the research will take me, and therefore, impossible to predict what expenses etc are likely to be incurred along the way.

How many hours should I commission?

This really depends on what you wish to find. If you wish to trace a family back, for example, from yourself, do you simply wish to know about your immediate forebears (parents, grandparents, great grandparents etc), or do you wish to see more fleshed out family units for each forbear (how many children did they have and what became of them?). Are you instead interested in tracing a particular surname line going back, or do you wish to trace all the descendants of a great great grandfather? Alternatively, is there a particular brick wall problem  which is all that you wish to resolve? A dialogue between us up front will establish a course of action and the number of hours that this might entail. Invoicing on a daily basis also allows you to further control costs at your end.

How far can I go back in my ancestry?

This is really one of those ‘how long is a piece of string?’ questions. It is usually the case that for those with Scottish based ancestors that the family can be traced back to the 1700s – but occasionally factors do upset that, such as lost records, dissenting or nonconformist religious adherence, Irish or English connections, and others. Prior to the 1700s it is usually easier to trace those who are likely to be recorded in land records or who worked and lived in the royal burghs, but every family has its own research problems at some stage, requiring very different methods to overcome them. 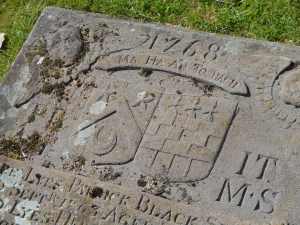 Can you help me to find my missing family fortune?

No, I can help you to find your family story – if anything emerges from that which will make you rich beyond your wildest dreams, that’s fantastic! As a rule, however, I do not take on cases where people are simply looking to chase up ‘lost inheritances’; there are other services which will offer this facility. Incidentally, it should also be noted that there are very different laws and procedures concerning unclaimed estates in Scotland compared to the rest of the British Isles.

What if you can’t find anything?

Prior to any research carried out a plan will be agreed with a client, and adhered to during the commissioned period. It is occasionally the case that people simply disappear from the record, meaning a negative result from a search. Such results are still important – the person is not being found for a reason, which in itself raises new questions that can be further acted upon. In terms of the costs incurred, however, it is noted in my terms and conditions that I would still expect to be paid for the research effort made (please see my Service & Fees page).

Which tartan am I allowed to wear? 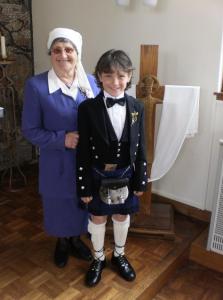