The Vaccination Act of 1863 (https://wellcomecollection.org/works/e5pk9d8s) required all Scottish based parents to vaccinate their babies against smallpox from January 1st 1864 onwards, following the registration of their births, and to have that vaccination registered. This continued until 1948, when compulsory vaccination was discontinued. The Act designated each registration district as a vaccination district, with a duly appointed medical practitioner to carry out the injections.

Vaccination had to be carried out within six months following birth. Once the child’s birth was registered, the parents or carer were handed a Notice of the Requirement of Vaccination, which contained several possible schedules, to be filled out and returned dependant on how the vaccination appointment went. The child’s name and birth entry details were recorded into Schedule D of this notice, and the medical attendant would then determine if the child could be inoculated. If so, the procedure was carried out. The registration of the vaccination was then to be carried out within the following three days. If the child was ‘insusceptible’, a postponement could be requested of two months, before trying again.

Registrars kept two copies of birth registers, one to be retained locally, the other to be transmitted to the General Register Office for Scotland. Vaccinations were recorded within the locally held copy only, with the word ‘vaccinated’ or ‘insusceptible’ recorded in the left margins of the relevant volume. For this reason, the locally held volumes can sometimes be referred to as the ‘vaccination birth registers’. 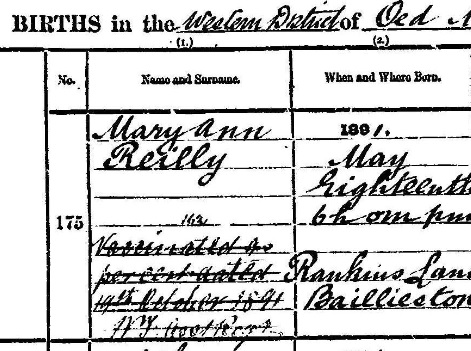 On ScotlandsPeople (www.scotlandspeople.gov.uk), you will very rarely see evidence of vaccination in a birth entry, and if you do, it will be scored out. This is because the volume digitised will have been that held by a local registrar, instead of the volume held by the National Records of Scotland.  The example shown is of a Mary Ann Reilly, whose birth was registered in Old Monkland on 18 MAY 1891. It adds a little more detail than required, stating “Vaccinated as per cert dated 19th October 1891”, and signed by the Assistant Registrar.

For more on vaccination records, and how to access associated records (including prosecutions, conscientious objectors, and vaccination defaulters lists), as well as considerably more information on civil registration records and other key resources, keep an eye out for my forthcoming book later this year, Tracing Your Scottish Ancestry Through Church and State Records, to be published by Pen and Sword. 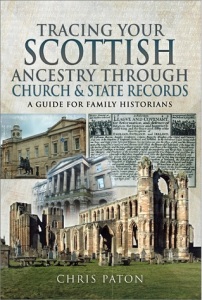